Is Epic Games reshaping the future of in-app purchases? 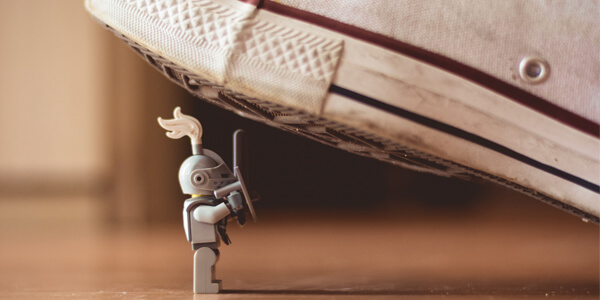 Well that escalated quickly. Apple didn’t like Epic Games’ new payment system and removed Fortnite from Apple’s App Store. This might have a big impact on the future of in-app purchases.

Epic Games, the developer of Fortnite, one of the most popular online video games at the moment, recently announced a new payment system for the Fortnite mobile game, that offers an alternative in-app purchase method for the game when downloaded via Google Play or the Apple App Store. In-app purchases, especially in mobile games, have been made by utilizing the payment processing of both aforementioned platforms. The general platform fee has been 30% of the purchase price of the in-app purchases. The new payment system, implemented by Epic, bypasses the 30% fee, thus allowing for a drop in the prices for the players and making the switch to Epic’s own payment service more enticing. Though the update sounds good for gamers, there is just one problem regarding the update: it violates the terms of services regarding in-app purchases of both platforms.

As a response to the update, both Apple and Google decided to remove Fortnite from their app stores altogether. Apple stated that it will not allow features that do not comply with its terms of service, nor make any exceptions for Epic. Epic Games countered Apple’s removal with an antitrust lawsuit in addition to appealing publicly to the gamers by creating a narrative reminiscent of the struggle between good and evil. Although Epic Games also sued Google on similar basis, it seems to be targeting Apple specifically with its campaign as Epic Games released a parody of Apple’s 1984-themed commercial portraying Apple as an evil corporation ripping off poor developers.

Apple is now claiming that Epic is deliberately breaking the rules and putting the entire App Store model at risk.

One major difference between the iOS and Android systems could explain why Epic seems to be targeting Apple with more fervor. The Android platform permits end-users to “side-load” applications, which include alternative app stores, where apps for the iOS can only be downloaded from the App Store. Therefore, Android users can still install Fortnite, even though not directly from the Play Store. But for iPhone users, the only way to access apps is that the apps are made available in the App Store. This makes the Android platform more open than iOS and thus it could be argued that the Android system is less difficult to challenge when it comes down to activities that could be viewed as monopolistic.

Epic wants to shake-up the system, Apple fights back

The total revenue for mobile games surpassed other types of video games already in 2016, so the mobile game business is huge. Although it can be stated that Nokia started the mobile gaming industry with its N-GAGE phone, it was Apple’s iPhone that popularized casual and hyper casual mobile games as the iPhone’s properties were ideal for this type of gaming. In addition, the App Store made it easy for developers to create and publish apps for users. The ability to support in-app purchases further allowed developers to monetize their games, which has brought millions of dollars of revenue into the gaming industry and made gaming mainstream.

So, Apple has been a key player in popularizing mobile gaming and making the joys of gaming available also for those who do not own consoles or a gaming PC. However, Apple has also had quite a bit of an impact and authority over the industry, as it has been able to dictate the guidelines for the App Store, which the developers have had to comply with in order to keep their games available to iOS users. Now Apple has showed its powers by removing one of the most popular game of all time from the App Store. Of course, Epic was not unaware of the fact that it would be banned – the lawsuit as well as the social media campaign were clearly planned beforehand. It’s also clear that the lawsuit is not about money but rather Epic wants to shake-up the in-app purchase system.

Why was Fortnite banned?

This is not the first, or even the second time an app tries to bypass platform fees. Many subscription-based apps actually offer discounts to users if they purchase the subscription via internet-based checkout rather than directly through the app. This is a method used by several service providers for example apps like Netflix, Spotify and YouTube which don’t even offer the option of making in-app purchases as well as other apps which entice users to pay for the subscription through the providers web platform and in that way bypass the platform fee. A clear example of this practice is YouTube, which canceled all subscriptions for users that used the in-app purchase subscription and forced the users to subscribe via web browser. In other words, it was willing to lose all those subscriptions rather than give Apple the 30 % cut.

Then why was Fortnite banned? The reason is that the above mentioned methods that companies such as Netflix, Spotify and Youtube are using are in fact off-platform payments that are not specifically tied to or mentioned within the app. However, Epic Games chose to include its payment method in the app and present it next to the platforms’ own payment methods at a lower price. Apple and Google have previously ignored the other methods even though they are in the gray area, but Epic’s update was a direct attack against the platforms and their guidelines.

However, especially regarding Apple and its platform, it has not been long since a rumored deal was made between Apple and Amazon Prime. Before the recent update, Amazon used the same method as YouTube by directing app users to a web browser to avoid the 30% fee. After the app was updated, buy and rent buttons appeared in the app, and while Apple is getting its cut of the new subscriptions that start in the Prime app, existing customers can still use the payment method that is tied to their existing video subscription.  It seems that Amazon was able to make a deal with Apple that other developers could not, though Apple has explicitly claimed that it won’t give special treatment to specific apps.

Apple has already faced legal complaints claiming its practices with the App Store are monopolistic. In July, Apple’s CEO Tim Cook testified at an antitrust hearing in the US Congress. And in 2019, Spotify sued Apple for violating EU competition rules, which the European Commission is now investigating.

Apple has also unequivocally denied cloud gaming services like xCloud and Stadia by stating that they violate App Store guidelines. The cloud gaming services work in much the same way as video streaming service, where gamers are paying for the subscription to access the service, which then allows free access to the games in the cloud. Apple claims that all apps need to be reviewed against the same set of guidelines intended to protect customers, which of course is not possible with cloud gaming apps mentioned. And while Apple will not be able to review the games beforehand, it also won’t be able receive its 30 % cut, if the app only grants access to a service which has already been paid for.

Due to Apple’s policies, the company has been accused of “treating gaming apps differently by applying more lenient rules to non-gaming apps”. Apple allows Netflix and Spotify, which work in the same way, but does not require their content to be approved. Apple has defended its policies by arguing that games are different from the customer protection point of view since they are interactive.

Apple’s strict policies have the potential to lead to antitrust issues, especially if Apple ever were to develop its own cloud gaming app. It has already been criticized for making arbitrary rules that favor its own apps at the expense of its competitors and other developers.

All this puts constant pressure on Apple to change its terms of service and fee structure. If Epic Games’ lawsuit succeeds, it could reshape the whole in-app purchase system.